A Raw Cedar Bath Tub for Relaxing In

A suite at Amsterdam’s Volkshotel puts the bathroom front and centre with a Japanese tub made of raw cedar.

Hanna Maring’s Bathing Bikou suite at Amsterdam’s Volkshotel is one of nine rooms in the trendy hotel that have been created by different designers, architects – and even the hotel’s own washroom attend­ant. Each room is unique, but Maring’s is perhaps the most striking. 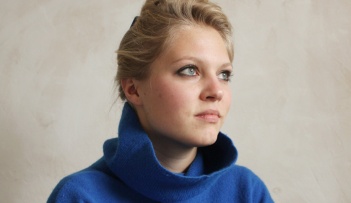 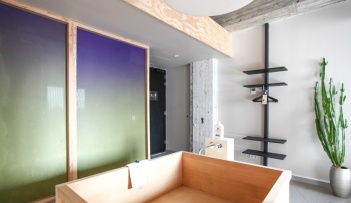 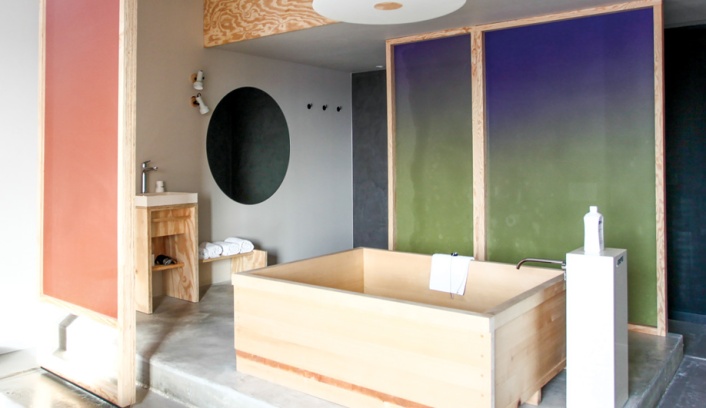 The focal point of the 40-square-metre suite is an ofuro, a traditional cedar tub imported from Japan (and, no, it doesn’t leak). Unlike western tubs, the ofuro is intended for relaxing in rather than bathing, with the sides built straight up instead of at an angle; some are as much as 65 centimetres deep – about 22 centimetres more than standard tubs. (See the world’s first foldaway carbon fibre soaker, too.)

“Rather than come up with something crazy, I just thought about the essentials of a hotel room: sleeping, washing and relaxing,” says Maring. “I tried to focus on these functions and combine them so they all happen seamlessly within one space.” The result is a poetically sparse environment, stripped back to raw concrete walls (the building formerly housed a national newspaper), and lightly furnished with custom pieces, including a sink stand and matching side bench made of unfinished plywood.

Raised on a platform, the bath takes centre stage. “While there’s a great deal of attention given to designing bathrooms, many hotels tuck them into a corner,” says Maring. “I chose a wooden tub because it’s more like a piece of furniture.” An operable floor-to-ceiling screen, printed in calming pastel gradients, partially blocks the sightline from the room, giving bathers a choice spot for watching Netflix projected onto the wall while they soak.